How to Install Kali Linux? – Easy Step by Step Tutorial

Usually most of the peoples, have a fear to try/use any Linux distributions. Because, they think commands is necessary to use Linux OS. But in actual practice, it is easy to use and also user friendly.

Just like windows and Mac,Linux is an Operative System with a usual graphical interface. Unlike any other system OS, Linux is an open source program, and completely free operating system. Due to its open source, millions of programmers all around the world give their contributions to this Linux OS.

What is Inside of Kali Linux & Who will use?

You can also use Kali Linux as Normal OS on your PC/Laptop. That is,

Note: You can also live test any Linux distribution with USB, without Installation.

Unlike any other OS, Linux distribution requires and works in,

To check your systems architecture,

Go to control panel > system properties > system type (see whether it is 32 bit or 64 bit).

Using below link you will directly go to Official download page of Kali Linux.

If you want to try Live testing, then download live version of Kali Linux.

How to Install Kali Linux on USB?

Without any complication, download and Install,Rufus app on your windows PC/Laptop. That makes easy bootable pendrive in just few clicks. Download and Install latest Rufus app from this Link.
After successfully installed, Open app Rufus app and insert your pendrive for booting OS. Then select pendrive and add downloaded Kali Linux ISO file from your PC.
Then configure partition style either MBR or GBT.
(Go to Computer Management in Windows >> Hard drive >> Properties >> Volume >> see MBR or GBT).
And finally Click Start to boot os on pendrive, It will automatically create a Kali Linux bootable pendrive, and wait to complete.
After successfully created bootable pendrive, close the app and Restart a PC/Laptop, enter into boot menu.
For a Linux user,
Use Universal USB Installer (Etcher) for Creating Bootable Pendrive.

Insert the Kali Linux Booted Pendrive into the PC/Laptop and restart the computer. While booting the computer, Press F10 or F12 or Delete key to enter to the boot menu and choose the option to boot from USB.
Note: Always prefer UEFI Installation method, Which is Better than other installations methods.
If you are Running On Mac OS,
Insert the USB Pendrive and restart the computer. While it turn on holding down the Command + Option + P + R keys. Will show a boot screen with all bootable devices connected, then select a USB device to boot.

3. How to Install Kali Linux on USB with Step by Step Tutorial 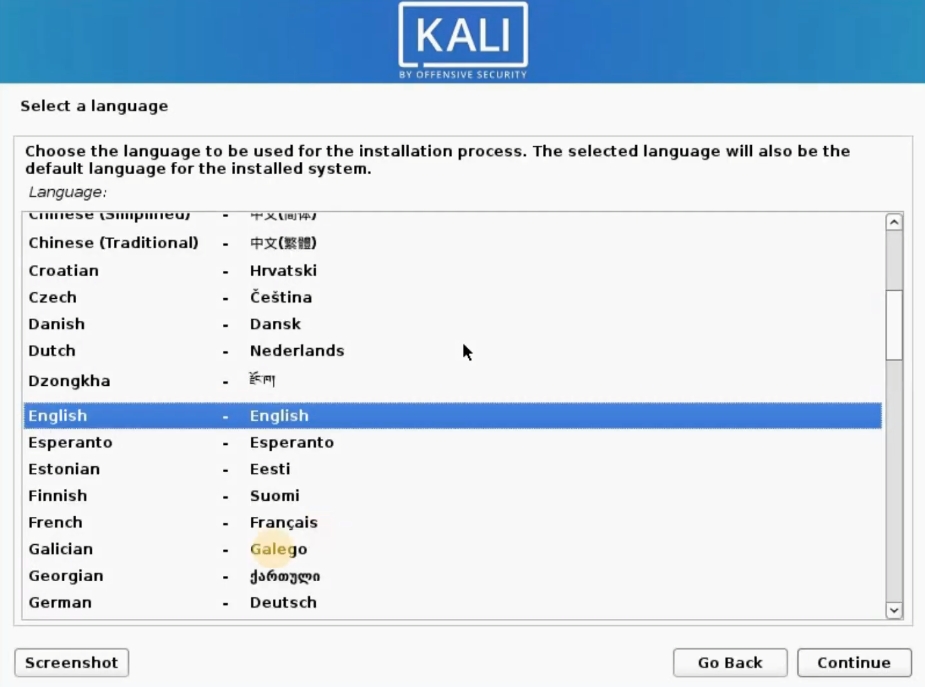 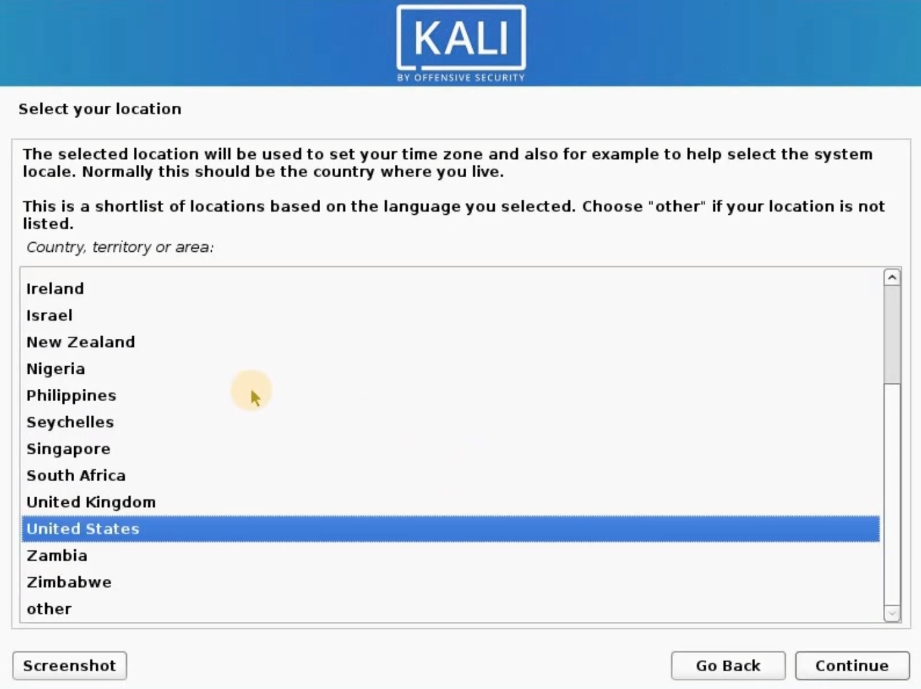 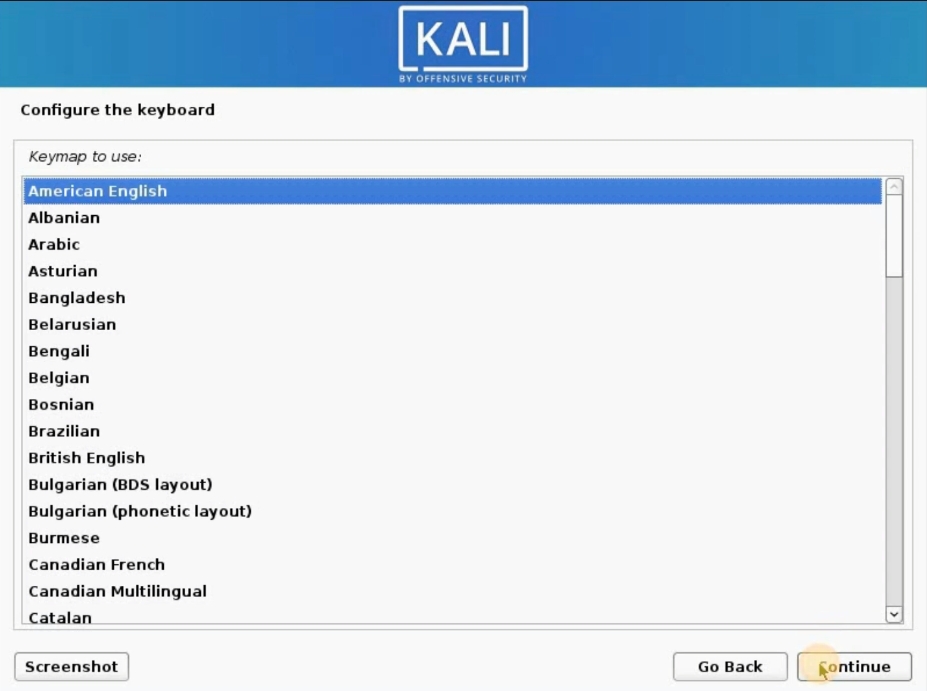 Step 6: Ignore Network Configuration and Continue, otherwise it will take upto 2 to 3 hours for Installation.
Step 7: Set Username and Password 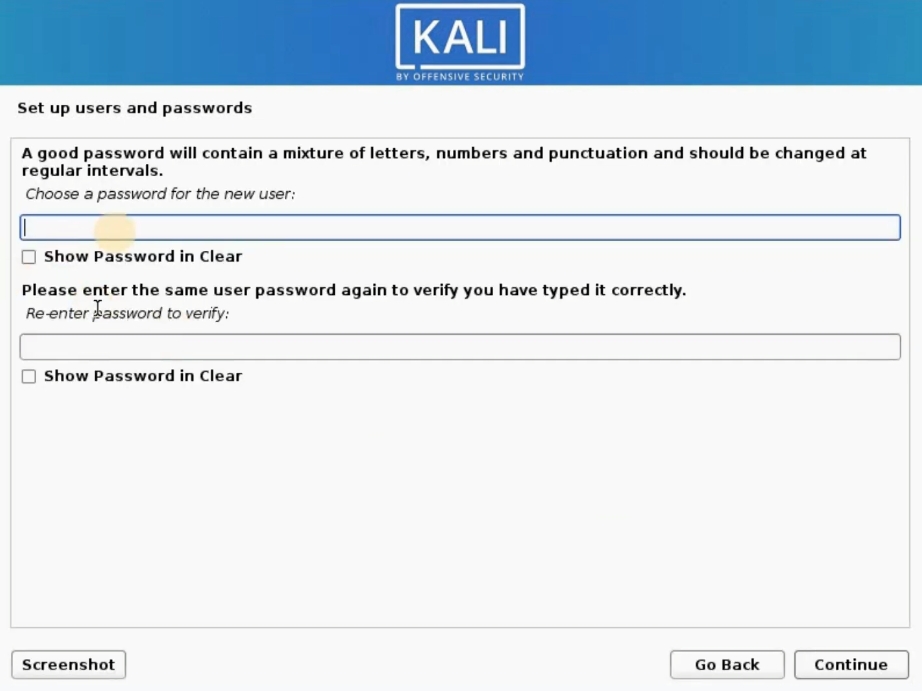 Step 8: Select Partition as manual
Step 9: Select a partition, where you want to Install Kali Linux,
Step 10: Double click that partition and in use as section, Format that partition and Mount point as Root(/).
(Linux distribution uses, EXT4 drive format for partitioning. If you want to use as Primary/Single OS you should use EXT4 format for other Partitioning)
Step11: Then, use that particular partion for Kali LinuX Installation and Continue.
Step 12: Prompt Warning for you not created Swap area on your Computer, Just select NO and continue. Because Kali Linux 2020 versions, you probably don’t need.
(Note: You can alert Swap area, RAM of your PC/Laptop * 2., That is used for additional RAM.)
Step 13: Select your Partition Hard Disk and Continue to Install. It will take upto 10 to 15 Mins.
(Don’t select USB drive)
Step 14: Now, you can configure network configuration as your wish.
Step 15: Just Continue, don’t change anything in the Software Selection. It will take around 20 to 30 Minutes.
(After Successfull Installation, you can alter this) 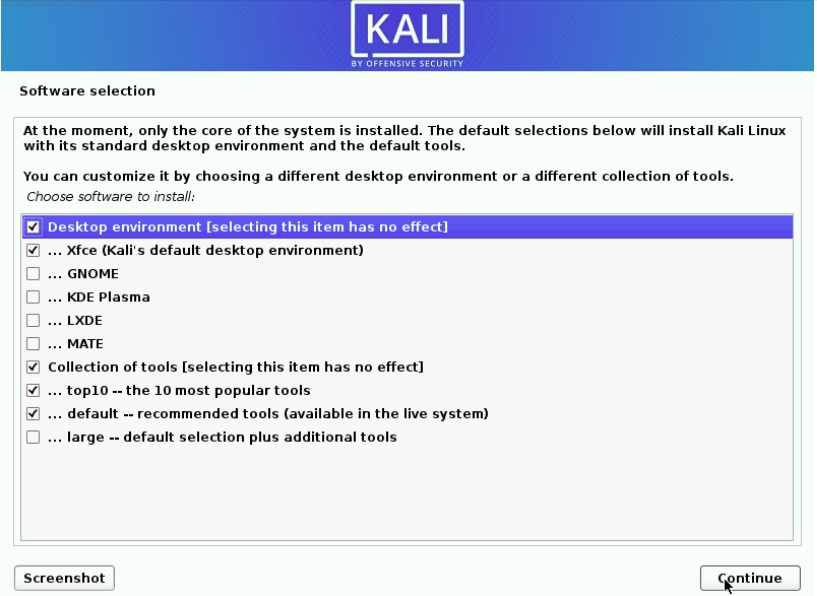 Final Step:
After you’ll see Installation completed, Just Continue and Remove USB drive and Restart. Select your Username in the List and enter your Password as prompt. 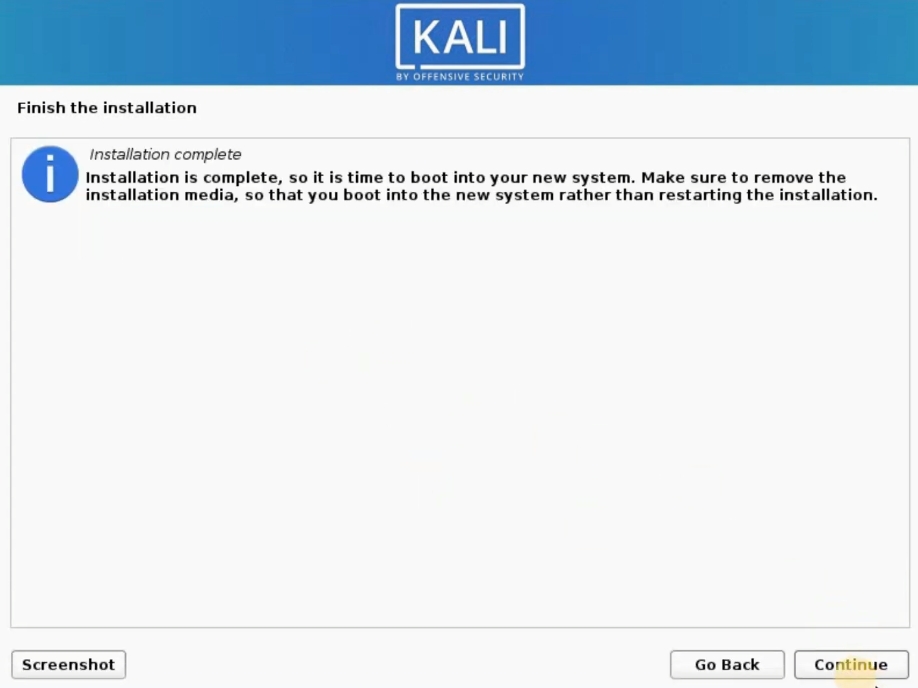 Congratulations you successfully Installed Kali Linux on your PC/Laptop.

How to Install Kali Linux in Android?

Any one can Install Kali Linux on their Android Smartphones either Rooted or Non Rooted. But the only requirements are,

Take complete/Important Docs and Personal Pics and Videos, Backup of your PC/Laptop before Installation. It may Erase all of your data, if you wrongly partitioning and We are not responsible & encourage you to Install.

Usually most of the peoples, have a fear to use any Linux OS. Because, they think commanding knowledge is necessary to use. But in actual practice, it is easy to use and also user friendly.

Plenty of Linux distributions available from beginner to expert level. In which Ubuntu,Linux Mint, Manjaro Linux, Elementary OS, MX Linux and so on. If you are coming from Windows, you can definitely try Linux Mint. Which is the best operating system, with stability and customisablility based on Ubuntu.

How to Install kali Linux? FAQ’s

Your PC/Laptop not designed or support for lower versions either Windows 7 or other Linux distributions. Flashing Hard drive may helps to fix this issue(We do not encourage) or flash Kali Linux as Secondary OS.

3. How to Install Kali Linux on Virtualbox?

4. How to Install kali Linux on android?

5. How to Install kali Linux on android without Root?

How to install Linux OS without Error – Step by Step Tutorial